The dangers of fires in the UK are obvious, but many of us think it will never happen to us.

Your business is important for several reasons, which is why it is essential to take efforts to establish fire safety precautions. As a result, we’ve compiled a comprehensive guide to the most recent official figures provided for England for 2020. This data is presented to illustrate the scale of fire, the common causes, and to demonstrate that fire can happen anywhere if we are not alert year-round.

M&G Fire offers a comprehensive range of fire safety services to keep you, your employees, and the general public safe.

For the year ending December 2020

How many incidents were recorded?

Overall figures from fire and rescue services revealed 528,601 documented occurrences for the year ending December 2020. Fires represented for 29% of all events attended by FRSs, fire false alarms 42%, and non-fire incidents 29%.

The decrease in non-fire events addressed by the FRS might be attributed to COVID-19 nationwide lockdowns – with fewer automobiles on the road, meaning less road traffic collisions.

How many fires occurred in the UK last year?

According to the data, this is a 3% decrease over 2019. This figure is distinct from the overall number of incidents attended by the FRS each year, and it includes main fires, secondary fires, and chimney fires.

What is the most common cause of UK fires?

According to government fire data, the most prevalent cause of fires in the principal fire category was ‘misuse of equipment or appliances’ (8,636 incidents).

How many deaths have there been due to fire in the UK?

In general, the number of fatalities from fires has been declining in the United Kingdom. In 2020, there were 210 primary fire-related fatalities out of 64,066 fire occurrences, the lowest level since 2011. The majority of fire-related deaths were dwellings fires, with three fatalities occurring in purpose-built, high-rise apartments in 2020.

While the statistics appear to be on a decreasing trend, it is vital that we continue to work hard to safeguard everyone from the threat of fire in order to see this figure reduce even further in the coming years.

The larger picture shown by the statistics indicates an overall decrease in the number of all fire events last year, with the total number of fires down 37% from the year ending March 2010.

Only secondary fires increased slightly in comparison to the previous six years, and while false alarms are on the decline overall, they were actually lower in 2015, indicating that there is still much work to be done in upgrading outdated systems, as well as proactive maintenance and proper training.

M&G Fire provides skilled alarm installation and maintenance to protect your business property’s workers, guests, and visitors. We employ cutting-edge technology and provide a wide range of solutions to fit any structure.

Data has been used in this article from Gov.uk

Fire Risk Assessments: Why and how they are completed 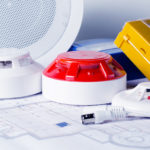 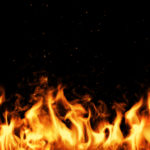